How NOT To Be Bitten By A Dog 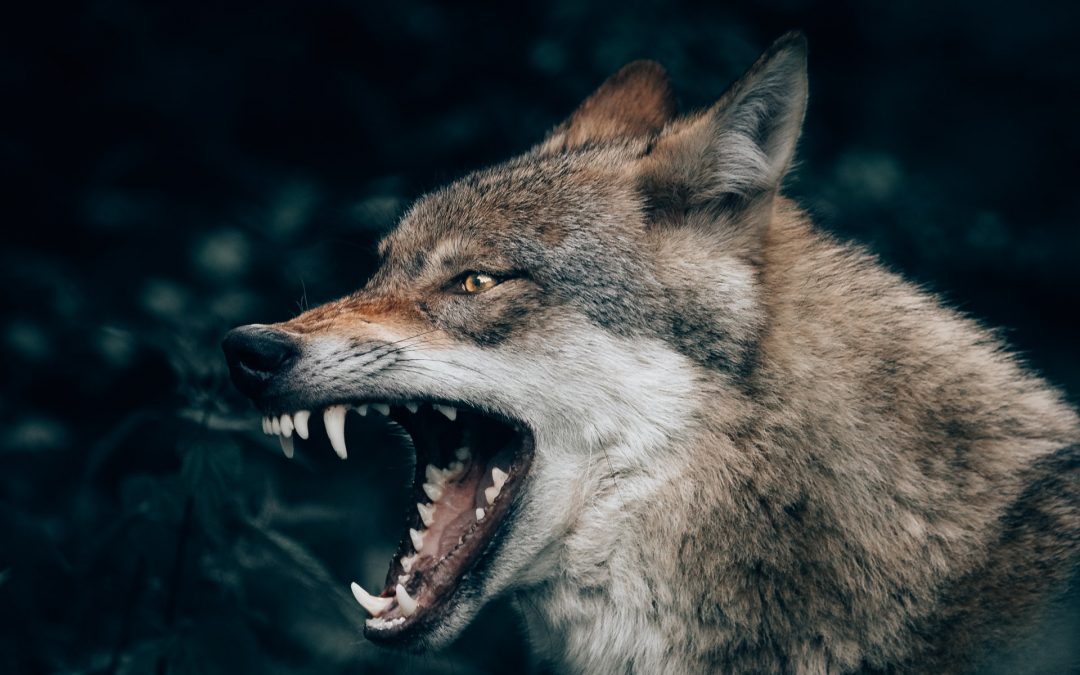 Or, Listen to the Husband

I was midway to the gate, hurrying to the barrier between me and the snarling dog that was straining against its chain. When it broke free, hurtling towards me like a rocket, the adrenaline dump inside of me kicked my legs into overdrive. The Dog’s sidekick, an annoying Pomeranian that fancied itself bigger than it could ever hope to be, was already nipping at my heels. I didn’t mind that as much as the pitbull-German shepherd mix that was wanting a piece of me.

My husband John had taught me to stand down a dog by taking a large lunging stance, pointing my index finger at its face, and shouting, “OUT!!” It was a technique taught to him by his Red Cross director. I did exactly that, pointing my finger at its face as if my finger was a foot-long magic wand. And to my amazement, Zeus stopped in his tracks, his mission suddenly disrupted by confusion. I learned later that the sound of the shouted “OUT!” jogs a memory within the dog of its mom nipping or barking at it when she’d had enough of its shenanigans. The stance and the shout also let it know I was claiming Alpha, and not to be messed with, even though my small frame belied any Alpha-ness. The annoying Pomeranian retreated with its boss, and I was able to escape through the gate and shut it tightly. The sound of the gate jarred both dogs out of the spell of confusion, and they raced after me again. I didn’t wait to see what would happen and practically slid into my car. When I arrived home, I shared my story with John. He looked at me, concerned, and said, “You shouldn’t go back. It’s unsafe.” 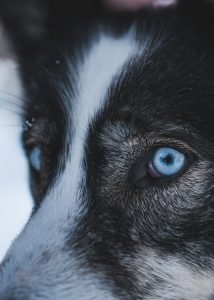 thanks to tim-b-motivv at unsplash

I knew of the risk from the get-go, as the case manager assessment detail said: “Be sure dog is restrained on a leash before entering the yard. The dog has been known to bite caregivers.” Zeus had been rescued from drug dealers down the street by my patient, Tom, and his girlfriend Lisa. It had been trained to be a guard dog, and with a name like “Zeus”, the king of the gods, I wondered if it had been raised since a pup to be a guard dog. Clearly, it had not been retrained and it was not getting enough exercise. It was kept chained in the yard while Lisa was at work. It didn’t help that Tom’s balance and gait problems, which I was seeing him for, kept him from exercising the dog.

Zeus clearly felt his job was to continue an aggressive watch over their place, which frustrated Tom. He was eager to regain his ability to walk safely so that he could work with the dog, and we had been working on that. Whenever I arrived, Tom usually made sure Zeus was restrained until I was safely in the house.

And now I had only 1-2 visits left. Tom’s confidence in his gait and balance was improving, but still shaky. Fear of falling is a strong predictor of falling, and I really wanted him to overcome that. Another visit and he’d be well on his way. And then he could really begin working with his dog. 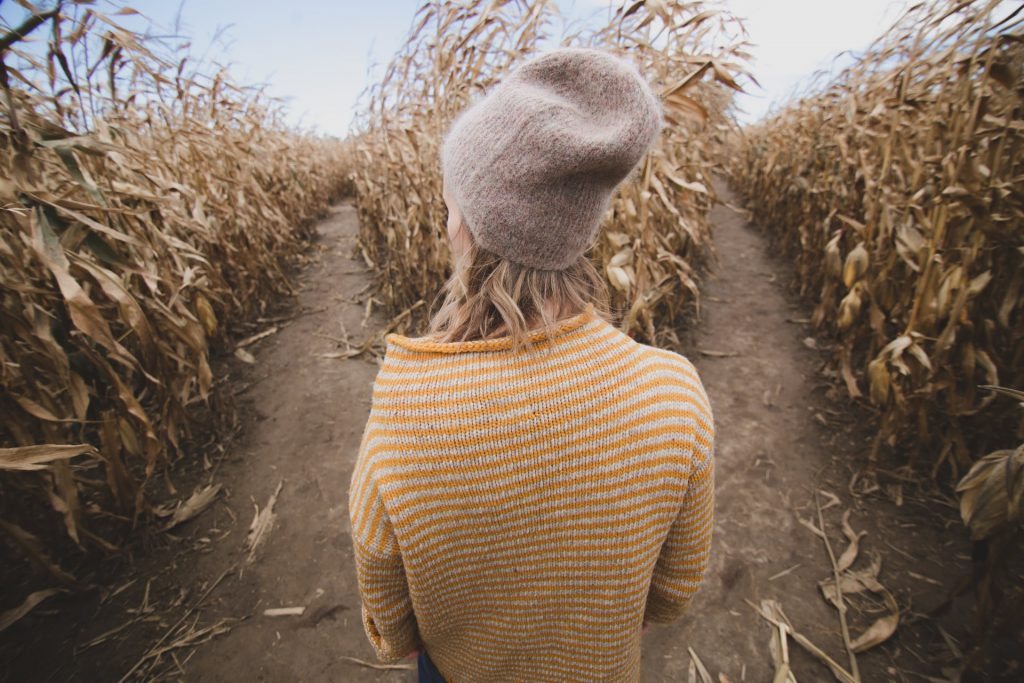 Photo by Burst on Unsplash

Yes, so of course she…

All that to say, yes, I did what every wife has done at least once to the sage advice of her husband. Or for that matter, what every person has done to the one close to them giving them a wise suggestion. I disregarded the caution and returned to Tom and Lisa’s, and Zeus’, house.

No incident when I arrived. Zeus seemed calm. Or maybe he was sullen. I recommended a long walk in the neighborhood for Tom, so that he would feel confident with the various challenges. I’d be addressing how to manage these, as well as pacing.

Tom restrained his dog while I exited the yard, but then called me back. “You just shut the screen door. I need the actual door shut, otherwise, Zeus will break in,” Tom told me, indicating for me to come back in and shut the door while he’d keep Zeus at bay. “Oh good grief! Why can’t you do it since you are there?” But now, Zeus was getting antsy. Tom couldn’t do both. So, I returned to the yard, got to the door, and as I turned my back to reach in for the doorknob, Zeus’ instinct kicked in and he broke free from a surprised Tom. He lunged at me from a distance of about 6 feet with his jaw landing squarely on my left hip/buttock.

Angry, I shouted at Zeus, pulled away from him, and fortunately his jaw released, allowing me to reflexively jump inside the house, and slam the door behind me. He was doing his job, protecting the house and owner. I pulled my pants down from my hip enough to see the damage. Not only had he broken skin, but an imprint of Zeus’ entire jaw was on my hip! And it hurt. Tom came in to see if I was all right. “I’m calling Animal Control,” I informed him and showed him Zeus’ work. He winced and nodded. It took twenty minutes for Animal Control to arrive, and they were already in the neighborhood, dealing with another dog crisis. Yes, the area unfortunately was becoming known for this. 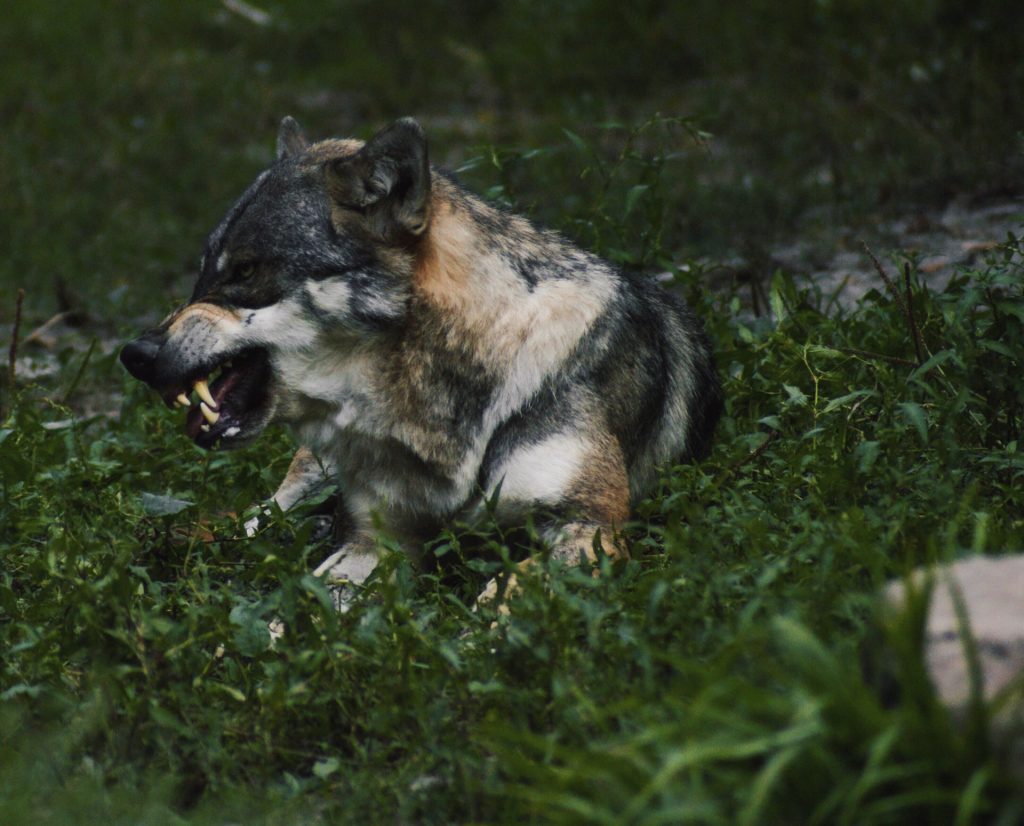 thanks to jessy hoffman at unsplash

As if that wasn’t bad enough…

When the officer arrived, I explained to her what happened. And then Tom did the unthinkable. He lied. “It didn’t really do anything. Just nipped her playfully. Didn’t even break the skin.”

I looked at the officer. “Want to see the ‘playful nip’?” She nodded and I showed her the dog’s handiwork, which now was beginning to bruise nicely, with all the teeth marks visible.

“Wow.” She pressed her lips together. “That’s gotta hurt. You up to date on your T-DAP vaccinations?”

I nodded. “K. You okay with me taking pictures? I’ll keep your face out of it.” My hip got photographed and then she called in the case.

When she finished, she turned to Tom and instructed him in the protocol of quarantining the dog. Animal Control doesn’t quarantine at their facility except for special cases or repeat offenders. “But this is a repeat offender,” I insisted. “I have it documented by the case manager that the dog has been known to have bitten several times.”

She informed me, “Well, unless someone reports the dog, which no one has, then this is a first-time incident. In which case, quarantine happens at home.”

I persisted. “But how do you know the owners do what they’re supposed to?”

Honor system, was the reply.

My frontal lobe filter was gone by this time. “You’re going to rely on the word of someone who initially lied to you about his dog’s behavior? His girlfriend is not around to help him during the day to watch the dog, and I can tell you he will not do it.”

But there was nothing I could do. I discharged Tom from service and wished him well. 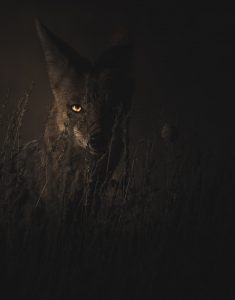 Taking my sore hip home, I cleaned it up, although the bite was pretty clean, with no ripping or tearing. Clearly, Zeus was giving me a warning. Having been bitten in the past, I knew there was nothing more to do, but just watch it and keep anti-bacterial essential oils on it.

A few days later, my triathlon team met at a nearby lake for a long bike ride. I pulled up my shorts to reveal Zeus’ mouth practically branded in black and blue on my hip. Horrified, my friends asked me to cover it back up. “That looks hideous!!” I could still ride, for which I was thankful. Near the end of the ride, I received a phone call. It was the Animal Control Officer. “I just thought you’d like to know that Tom and his friend have decided to put Zeus down.” I was saddened for the dog. After all, it was the owners in his life who had failed him.

“Why? What made them change their mind?” “They confessed that there had been a few more incidents. And since there was a toddler next door, well…”

It took about 3 months for all vestiges of bruising and scarring to disappear. I was able to run a half marathon on it, three weeks post-bite, but it was difficult. As if 13.1 miles wasn’t challenging enough. Yet, in a way, I only had myself to blame. I had been offered wise advice, and my compassion and ego had discarded it.

In the midst of a charged situation, we don’t have the perspective to stand back and see it for what it is, and that is exactly why it’s critical to listen to those whom we generally trust. Why? Because emotions, expectations, and ego obscure our clarity. Plus, we live in a culture where the toddler mindset of “Me! Me do it!” is rampant and lauded.

In my case, I was concerned about my patient, the dog, and I would have to leave a patient without achieving our goals. Patient-oriented, with a dash of ego thrown in. As it was, I ended up having to leave those goals on the table and walk away.

Receiving feedback from a loved one shouldn’t be hard, because they have our best interest at heart. But it is hard because what they are saying is that we’re not seeing everything clearly. And some of us don’t want to admit that. Humility responds, “Hmm, that is a good point. I should think about that more. Perhaps I am not seeing everything accurately.” Pride reacts, “You don’t know what you are talking about.” My lesson? Err on the side of humility. 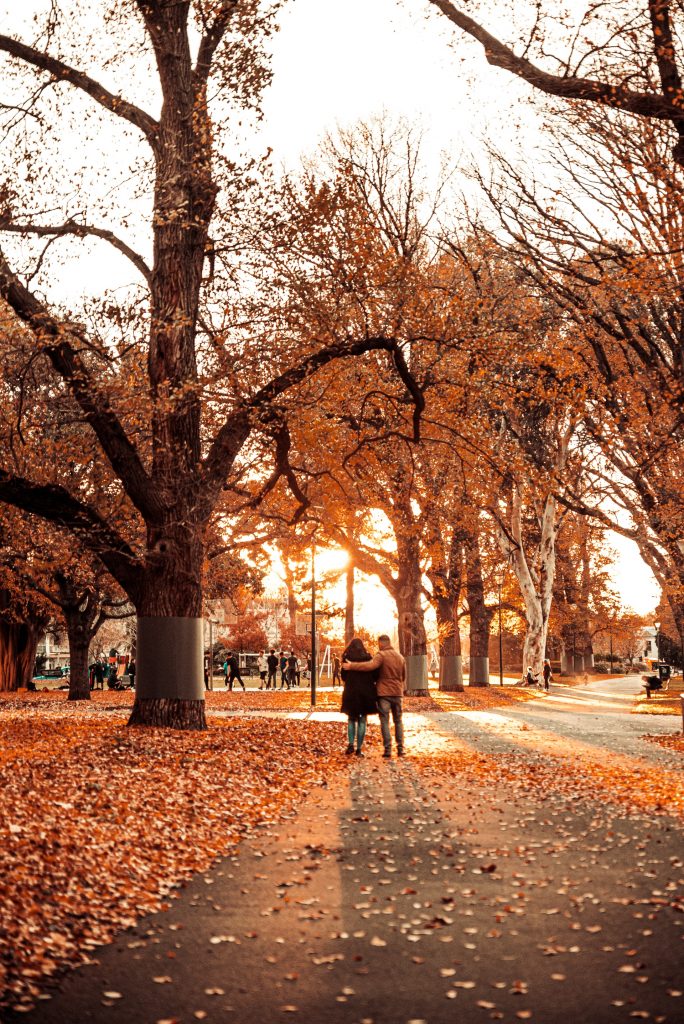 Photo by Natalie Parham on Unsplash

And listen to the husband.

How about you? How do you receive thoughtful feedback during a time of stress?  What advice have you set aside that perhaps you should revisit? Whose advice do you tend to discard?