On Fascia and Forgiveness 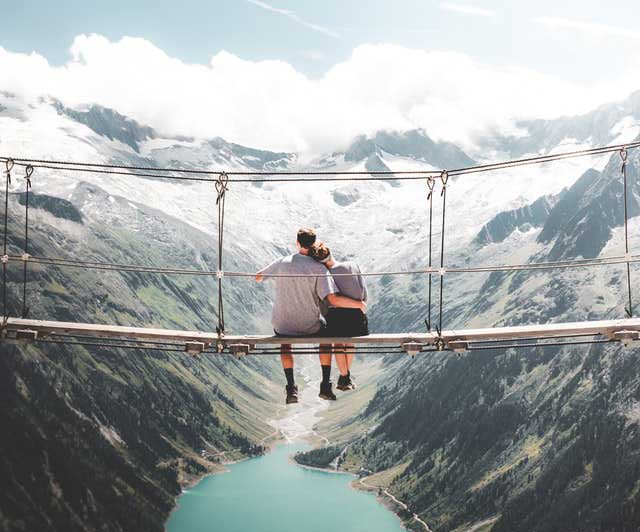 On Fascia and Forgiveness

Tracy was a healthy, active woman of fifty, who unexpectedly twisted her knee and fell on the concrete floor of the restaurant where she worked. The impact on her knee was so severe that the cartilage deteriorated quickly, requiring a knee replacement. Following her surgery and the subsequent rehabilitation, the prosthetic device came loose, creating further pain and inflammation in her knee. Her surgeon determined a larger prosthesis was needed, but the insurance company didn’t agree and made her wait another 8 months. During that time, the prosthesis continued to loosen, knocking around in her joint and destroying her knee. In an attempt to compensate, her hip and back became stressed and painful as well.

The prosthesis was removed and replaced. Watch a total knee replacement on YouTube sometime to understand how harsh of a surgery this is. The sawing and drilling of bone, and then hammering of the device into bone is simultaneously traumatic on the body, and yet amazing in its results. Nevertheless, I often wonder how the psyche and the body reconcile the trauma.

Although physically and emotionally exhausted following the surgery, Tracy was hopeful that she was on her way to recovery. And she was, but a seed of resentment had taken root in her, which unknown to her, would impact her progress.

Tracy again participated in physical therapy. This time however, she felt severe pain in her thigh muscles, and not just at the surgical site. It actually felt much worse than the previous surgery, almost like her leg was being strangled. Sympathetic, yet matter-of-factly, the physical therapists told her, “Yeah, it probably does hurt a lot after this surgery, but you’re just going to have to work at it.”

Not the answer she wanted, and not feeling heard, she quit physical therapy, went Lone Ranger for a while, trying water aerobics, which seemed to help for a while, until it didn’t. Months later she saw her doctor, who told her, “Why don’t you try Karen? She has a different approach and I think she can help you.”

There is power in words spoken by someone we trust. Their words considerably influence the direction and degree of outcome. The doctor gave her and me a gift in those words. She came with an open mind.

It was her story that directed me to address the fascia immediately. Words like “sharp pain,” “stranglehold,” and “tightness,” along with soreness, all can suggest fascial restriction or malfunctioning.

During human dissection, fascia was just something we cut through to get to the good stuff. Decades later, we know that fascia is a sophisticated system of connective tissue that literally holds the body together. It supports and connects muscle, bone, tendon and organs, usually lying just below our skin, but it can reach much deeper too. Microscopically it looks like the cobwebbing you use at Halloween to decorate your porch. Multilayered, it should be somewhat buoyant, but when too much tension is placed on it, fascia will begin to compress and stick together, twisting on itself and smothering or strangling whatever is within its reach. Because nerves and blood supply run through it, these structures get caught. Blood supply can be reduced, nerves can go crazy, either becoming hypersensitive or numb. Dysfunctional fascia can make a person miserable, with complaints of deep aching or burning sensations.

I applied my technique of soft tissue mobilization using a specific cupping method and some other fascial releasing techniques. Within that session, her symptoms dramatically improved and she was able to walk for the first time without a cane. She was over the moon with relief and excitement.

Her symptoms abated with subsequent treatments, even as we gradually returned her to her strengthening and functional retraining program. She achieved excellent progress. However, I began noticing a pattern of pain and reduced function coinciding with her expressions of frustration and anger. Which came first? And was one contributing to the other? I decided to explore this with her, if she was willing.

One day I asked her, “Tracy, what are you angry about? I suspect this may be playing into your pain.”

Having permission, she admitted to deep anger, and poured out her frustrations. She was angry with her surgeon. Tracy believed he had “botched” her knee the first time around, not implanting the correct size of prosthesis the first time around, and thereby creating the need for the second surgery. She was also angry with the insurance company for their agonizing slowness in authorizing the necessary surgeries, which she believed allowed her knee to deteriorate, along with adding to the pain and suffering that accompanied the entire experience. Most important, she was resentful that life had been stolen from her. She was sore from the inside out.

“Understandable righteous indignation,” I said. “Is that how you feel?”

She nodded. I didn’t affirm or give a judgement. Instead I asked another question. “What do you want to happen?”

“I just want them to admit they made a mistake.”

I wanted to respond, “Really? You think they will? And even if they did, do you really think that will make your anger go away?”

Instead, my outside voice said, “Well, I can imagine that would feel good to hear those words and be affirmed.”

Again she nodded. I took a risk and ventured out with, “Can we call this what it is?”

She hesitated. “Okay, what?” She knew the answer, and didn’t want to say it.

So I did. “Tracy, you have not forgiven them what you perceive as the great wrong they’ve done you. It’s a big grudge you’re holding.” I added, “No judgement here. It’s normal.”

Again, I asked for permission, “Can we talk about this?”

She nodded. I continued gently. “Lack of forgiveness, aka grudge holding, holds us back from moving forward in life. Grudge holding restricts us on so many levels, much like your malfunctioning fascia restricts your muscles, joints, nerves and vascular supply. You can see how, when your fascia is ‘freed up’, everything around it is affected and you can move again, and with minimal to no pain. When we forgive, we too, are freed up. We are released.”

Her face visibly began to relax. “But how do I forgive them?” she asked.

Glad for that segue, I replied, “The first step would be understanding and believing that forgiveness is important for you and your health. This is why Jesus tells us to forgive.”

We had a discussion on why forgiveness is a necessity in life, and why it is not dependent upon the other party apologizing. The reality is, most people don’t understand the impact of their actions on another, so they don’t have the insight that there is a need on their part to apologize. We assume that if they knew, they would apologize. However, pride can stand in the way and withhold the apology. Whatever it is, waiting for the offender to act “rightly” places the power in their court. When we give power away, we make ourselves victims, creating a cycle of blame that never ends. And this restricts us from living.

I suggested, “Try looking at the situation as objectively as possible, walking through and around all of the details that you know, without making judgements. Step away and look at it from the outside looking in.”

She did, and in doing so, recognized that while events went very wrong from her vantage point, she also saw that she was lacking in exact details. Not knowing all of the whats and whys created gaps of information that she had filled with opinions and judgements. These collided with her expectation of regaining her pain free and active life. Holding these opinions and judgements created a debilitating mess of anger and resentment.

And that is life. I don’t know the whole story in any given situation. I can’t help bringing my expectations to the table. What next?

“Accept the reality of how things are, and let go of my demand for how things should be. With hands emptied, they are now open to receive the new possibilities ahead.”

But what if someone has hurt me deeply?

Ultimately, letting go my demands of how things should be, and how I should have been treated, leads me to generosity of spirit. Generosity is both the attitude and action of forgiveness; it is not dependent on what people do to me. In fact, it is greater and more powerful, more like Christ, especially as another withholds good from me, and in the process, injures me. So, if I begin to think well of another, it paves the way to acting well towards them.

Herein lies the challenge. Can I be generous and believe a good thing about the one who has hurt me? Can I say, “I truly like to believe they were doing their best, and even if they were not, I’ll let it go. I will let it go in part because I do not know why they cannot do well towards me; I don’t know what deep wounds they are living with. And so I will move through this”?

And if I think this, I will release them; I will forgive them. I’d like to think this is in part what Jesus had in mind when he told his disciples they must forgive. We all struggle; we all are “restricted” in some way, so it is also wise to forgive. “With the same measure you use will be used on you” (Matthew 7:2).

Forgiveness and generosity are dance partners. They are a spiritual kind of connective tissue that support us all, enabling us to move on with life with great strength and freedom. Without these qualities, we restrict ourselves from true healing, keeping us bound up and immobilized like the fascia around Tracy’s leg.

Tracy was relieved to talk about this and left the session with a new piece of homework: prayerfully addressing forgiving the surgeon and the insurance company. Speaking it out, “I forgive you, with God’s help,” was her specific task. She would work on writing it out as well.

And she did. The stall we had encountered in her healing was replaced with new movement, body and spirit. The knee pain and range and strength continued to progress again, even as she grew in her ability of extending grace to those whom she perceived had injured her. Her heart and spirit softened, and her peace grew. She had been released.